Kate Cole has a secret weapon in the fight against the spread of COVID-19.

It’s a meter that measures CO2 and tells her how fresh the air is that she’s breat hing.


As an occupational hygienist, Ms Cole has long used CO2 monitors to assess the health of workplaces, but right now she’s also relying on the technology to reduce her personal risk of catching COVID–19.

Ms Cole is a member of a new expert group called OzSAGE , which wants places like schools and businesses to be required to show they have well­

ventilated buildings for when people return after lockdown.

Kate uses her monitor to measure the amount of CO2 in the air when out and about. 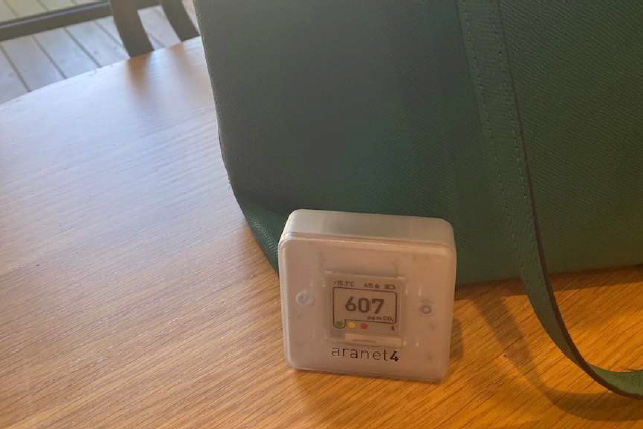 “Even if you’re physically distancing and washing hands, COVID transmits in the air, so we need to make sure we have good indoor air quality,” says Ms Cole, who is also president-elect of the Australian Institute of Occupational Hygienists.

“In addition to vaccination, it’s what’s going to get us back to hopefully some form of normal that we so desperately want.”

Coronavirus spreads through the air


People infected with coronavirus can spread it around a room in tiny airborne droplets called “aerosols” when they breathe out, speak, shout or sing.

These aerosols build up indoors, especially when a place is crowded or there is poor ventilation, and the longer you are surrounded by them, the more chance you have of breathing them in.

Unfortunately, the aerosols are so small you can’t see them, which is where the CO2 meters come in.

YOUTUBE : Experts say when it comes to COVID-19, beware the air you shar e.

In addition to aerosols, we also breathe out CO2 – a byproduct of respiration – which builds up in the air unless a space is ventilated.

And this CO2 is easier to measure than the aerosols or virus particles themselves.

So the level of CO2 in a space can be used as proxy for the possible risk of exposure to coro navirus .

Experts like Ms Cole say if a CO2 monitor shows there is not less than 800 parts per million (ppm), then it’s not a good idea to hang about in that space.

OzSAGE spokesperson Lidia Morawska, an air quality expert based at the Queensland University of Technology, says making sure air in schools is safe needs to be the “highest priority” as kids head back to school.

Professor Morawska would like to see an online database where CO2 levels in individual classrooms could be recorded and monitored to find out if ventilation is adequate.


“At this point we have no idea what the situation is.”

CO2 meters are currently used in schools in countries including Ireland and Germany, often with a clearly visible display of the reading.

And the Victorian government last week announced CO2 monit ori ng, ventilation and air filtering would form part of their plan for a safe return to schools.

How do CO2 meters work?

Professor Morawska says the best CO2 meters are those that use technology called Non-Dispersive Infra­ Red (NDIR) det ect ors. These measure the absorption of infrared light by CO2.

There are air monitoring experts like Jeffrey Siegel, a professor of civil engineering at the University of Toronto, who says you need to be careful using CO2 monitors.

He says they need to be calibrated properly and factors like water vapour in the air can give false measurement s. 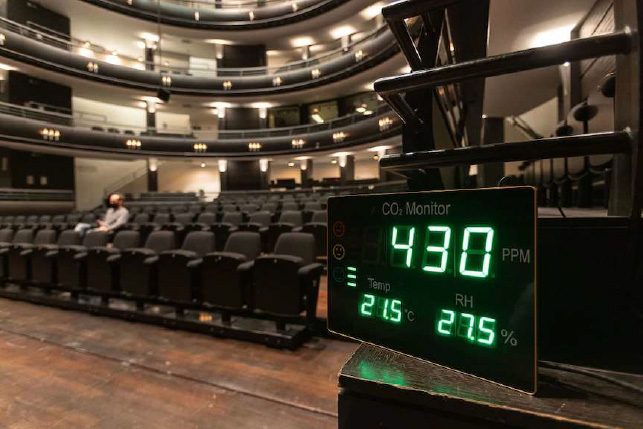 This theatre in Brussels has monitors displaying the level of CO2 as  part of precautions for holding a COVID-proof event. (Getty lmages:James Arthur Gekiere/Contributor)


Professor Siegel also argues it’s important to measure CO2 levels over time, and to understand that different parts of the room will give different measurement s.

“CO2 monitoring is fine if it’s done well,” he says.

Otherwise, he says money is better spent on improving ventilation and air filt rati on.

Professor Siegel cites research by the US Centers for Disease Control that shows, in the absence of vaccination, improving ventilation can reduce COVID-19 incidence by 39 per cent in school s.

And he says there is very good evidence that improved ventilation helps students perform better, and reduces other problems like asthma .

lt’s an economic no-brainer to invest [in better air quality] in school  s.11

Other indoor air experts support the widespread use of cheap and easily accessible CO2 monit ors.

Geoff Hanmer, who is on the ventilation workgroup of OzSAGE, argues while some NDIR meters work better than others, most generally do the job that’s required.

He says it’s important to make sure the meter is working correctly by checking that it’s measuring outdoor levels at around 400 or 415 ppm, which is the background level of CO2 in the at mosphere.

“We’ve tested several cheap and cheerful monitors and they appear to work quite satisfactorily,” he says. 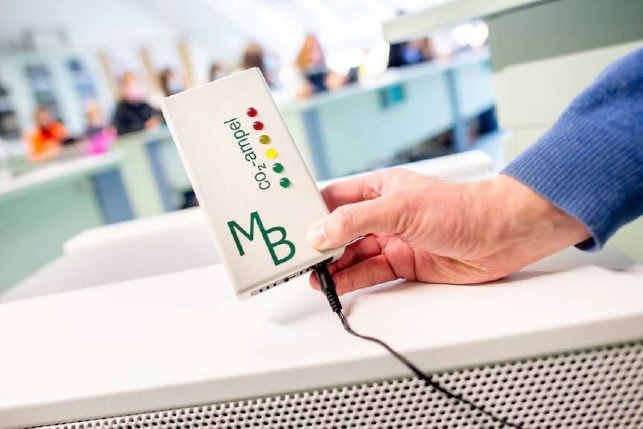 Ms Cole agrees: “It’s not going to be exact science.

“We don’t need to spend thousands of dollars on high-grade CO2 monitors. “The ones that are a couple of hundred dollars are adequate for what we need.”

Could citizens lead the way?

While bureaucracy can often lag behind the latest science, there are some members of the public pushing ahead by collecting and publicising CO2 levels.


These include a US software engineer who is developing a “COVID CO2 tracking app“, and Australian GP David Berger, who campaigns on clean air and COVID-19 and set up the Twitter-based CO2 Guerr il las.

“I started CO2 Guerrillas initially with the idea of being able to recruit people with CO2 monitors to monitor CO2 in public and private spaces and post the results,” he says.

“Basically it was citizen science to share CO2 readings to identify areas of bad air.“

Dr Berger says he’s measured CO2 levels in schools up to 3,500 ppm, which he argues can also make it hard for kids to concent rat e.

“The reason kids fall asleep in class and muck about is at least in significant part due to the fact that they are anaesthetised by higher CO2 levels.”

And he says he has measured 2,000 ppm in some hospital rooms.

“We are in an analogous situation to cholera … people got cholera because they were sharing bad water and we’re getting COVID because we are sharing bad air,” Dr Berger says.

“I want to flood the country with CO2 monitors so people can see the shitty air they’re breathing and do something about it.” 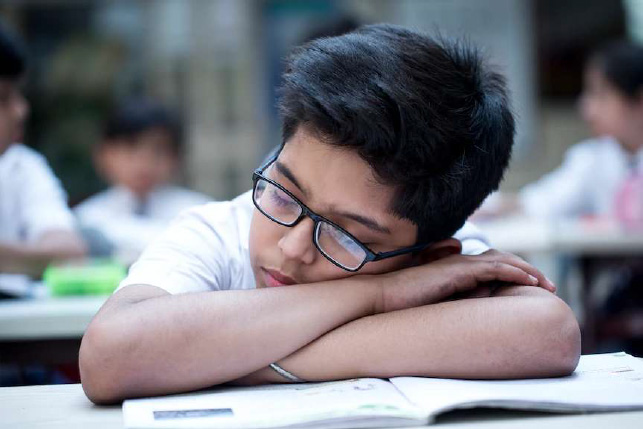 Run your own CO2 experiment

With the device he uses (and now sells), Dr Berger is able to connect via bluetooth to his phone and get a “trace” of how CO2 levels change over time.

These “traces” can tell us what interventions make a difference, Dr Berger says.

For example, in an experiment involving him and his son, he saw what happened when he switched the aircon from fresh to recirculate.

And once recirculate was turned off, levels were down to 800 within a minute and at ambient CO2 within two minutes, he says.

“If people demonstrate  a problem then whoever is  responsible  –  say a restaurant  owner –  will see there is a problem and be held accountable.”

But government has a role to play too, she says.

“The government must at the same time give a clear message that airborne transmission of COVID is a problem and ventilation is important, and everyone needs to ventilate places they’re responsible for.“ 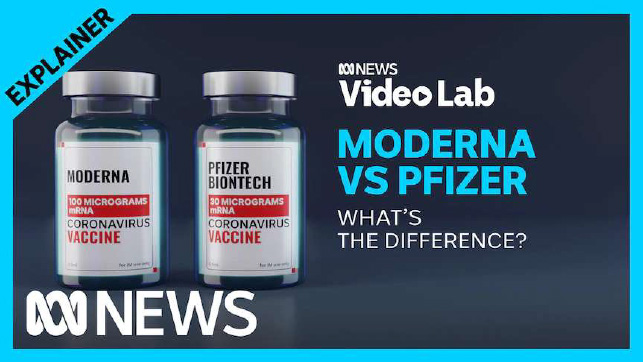